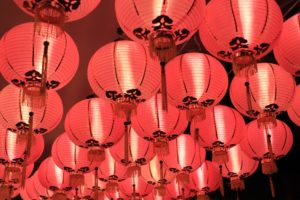 It’s a well-known fact that Baidu is the dominant search engine in mainland China unlike the rest of the world. But are Chinese search engine users happy with the options available to them? Last year, the Chinese government announced that they were going to further tighten the regulations to stop the VPN use in China to access non-regulated websites, will it stop people from trying to seek ways to visit websites on the other side of the Great Firewall of China? Will Google be forever banned in China?

Just recently, a report about Google trying to get back into China came out. It reports that Google is considering a “censored” version of its search engine designed for China. Responding to this rumor, a poll was created on Weibo asking Chinese people if they’d use Google instead of Baidu if Google becomes available in China again. Interestingly, an overwhelming almost 73% of people responded that they’d switch to Google. I often hear that Chinese people are not happy about the user experiences, especially the results they get from Baidu. This is one of the reasons why people rather search for information in the other media including social media apps.

73% is a very encouraging result for Google, and I’m really looking forward to the day that Google re-start the services in China, even if it’s a limited version.