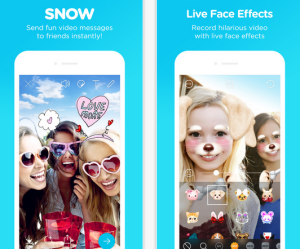 In North America and Europe, people, especially the teenagers are moving away from Twitter and Facebook to Instagram and Snapchat. You can find a similar trend in Japan. According to Just Systems’ web services usage survey report, LINE, Youtube, and Twitter are the 3 most popular web services among Japanese between 11-19. We’ve all heard about (and I’ve written about) LINE’s services and popularity in Japan. It is interesting how Twitter is still in the top 3, even among the younger generation, in Japan.

Perhaps, the most interesting finding with this report is the 4th popular web service called SNOW, which is almost unheard of in North America. It’s a mobile app created by a Korean company. (The app is available in multiple languages including English.) From the description on the iTune’s preview, SNOW looks very similar to Snapchat. 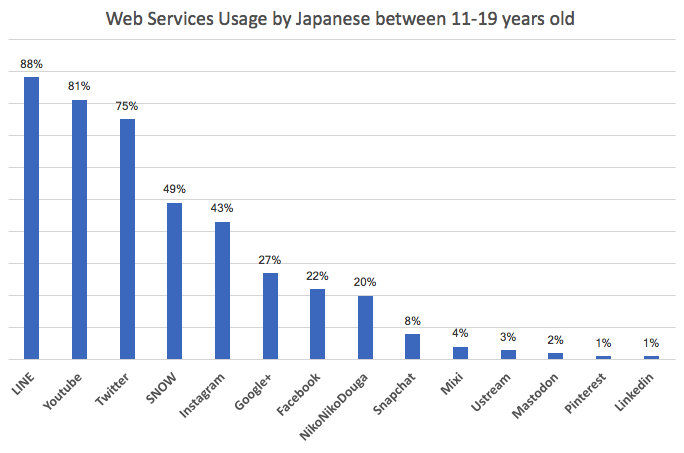 Japan has a long history of social network services. It’s a little sad to see Mixi has lost the market share to imported web services. In the meantime, two Korean born services (LINE and SNOW) are successfully connecting with Japanese audiences’ interests and the needs.