Posted at October 3, 2014, in eCommerce, Uncategorized 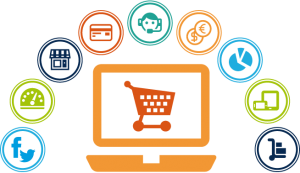 Japan’s Ministry of Economy, Trade and Industry has published the Digital Commerce Report for 2013. The report says that B2C – EC market in Japan continues to grow, and it has reached 11.2 Trillion Yen (about 150 Billion dollars) last year, which was 17.4% higher than the previous year.

In both B2C and B2B market, EC businesses had a healthy growth in 2013.

It also reports that 35.4% of Chinese EC users have purchased the products and the services offered by US and Japanese businesses compared to 10.2% of Japanese EC users and 24.1% of American EC users.