Social Apps Usage in Japan – LINE is the Winner 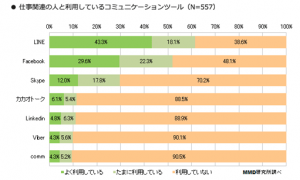 Which social apps do you have on your smartphone? Twitter, Facebook, and Skype are some of the usual suspects in US. Would you be surprised if I tell you that none of these are the most popular social apps used via smartphones in Japan?