2018 Trendy Keywords and Most Tweeted Topics from Japan

It’s hard to believe that another year has gone, and it’s time to make my New Year’s Eve soba noodle dishes and prepare for the Japanese New Year’s dishes. But before I shut down my computer for 2018, let’s have a quick review of the popular keywords from Japan this year.

First, this is a list of trended keywords according to Google. 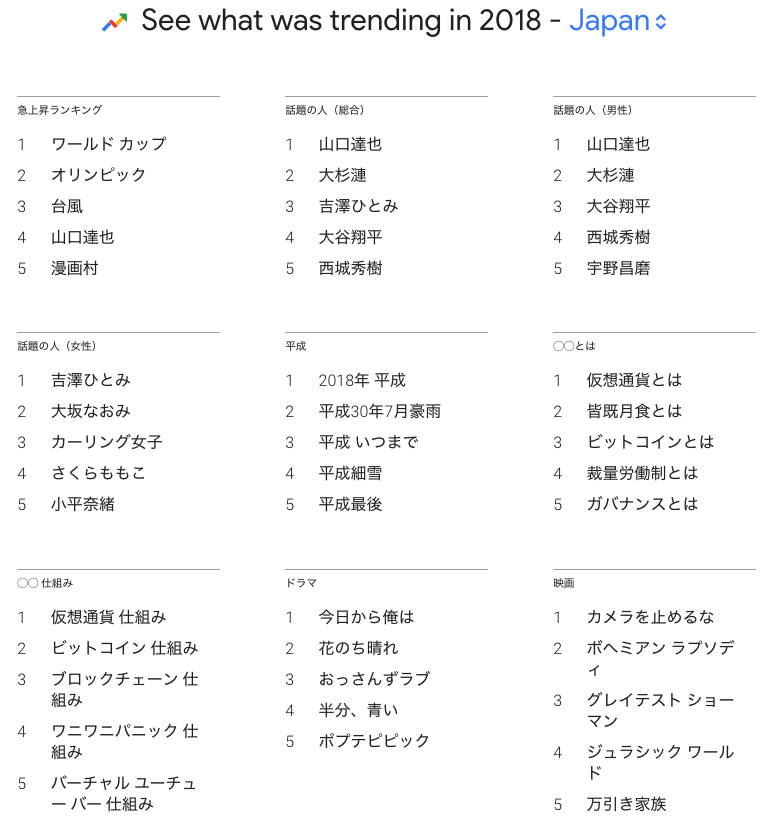 Words such as “world cup”, “Olympic”, “virtual currency”, and “typhoon” are some of the topics often covered in the news this year.

The annual Internet Trended Word Awards was given to “virtual YouTuber/Vtuber” this year.

According to Ferret Plus, below is the list of most tweeted words in Japan in 2018.

Most of the words except “#MeToo” and perhaps “eSports” are uniquely popular in Japan.

What’s interesting is that none of the most tweeted keywords (topics) were on Google’s trended keywords list. Obviously, the reasons why people tweet and use the search engines are different, but the lists indicate how Japanese people distinguish these sites. For the website owners, it gives something to think about identifying and measuring the interests of their customer/user base.