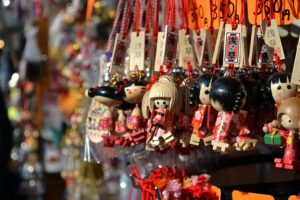 Each generation seems to have different online behaviors and habits. Many data shows that Baby-Boomers still conduct majority of online activities from PC, while younger generations are glued to their smartphones. For the past 2-3 years, “Millenials” have been the hot topic of the digital marketing industry, but some of them are in their 30’s now that it’s time to pay attention to the teenagers.

Recently, I came across with Adobe’s survey report on Japanese Generation Z, “Gen Z in the Classroom: Creating the Future”. This is not a digital marketing report, but had some very interesting results about how GenZ in Japan view themselves and their future. It was particularly insightful as it compares the results with GenZ from other countries.

I was not surprised to see that few Japanese kids think they are “Creative.” Perhaps it’s the cultural thing, but they don’t think they are any more creative than older generations. It is sad to hear that they also don’t think there are many creative jobs available for them. I think in many cases, Japanese put themselves against very high standard, and therefore, feel inadequate.  The report states that both students and teachers think that the reason for this may reside in the learning/teaching methods at schools. They feel they need interactive tools such as digital media in order to have creative classes. But, you don’t have to have digital media to have creative and interactive learning. From my experiences with Japanese schools, and my children’s experiences with US schools, I think Japanese schools offer more interactive learning opportunities. Again, their higher expectation in school learning may impacting the results.

Overall, the report paints a picture that Japanese Generation Z are not excited about their future as much as their counterparts in US, UK, Australia and Germany. Many GenZ in Japan have access to Internet, mainly via smartphones. I hope their interests would shift from using games and social apps to designing and programming apps and other technologies. And, I hope that teachers, parents, and other adults would encourage them to try whatever they are interested, let them fail and succeed.