The results may seem to say that teenagers are moving away from PCs. But, this is probably due to the fact that many of them don’t have the access to PCs easily as they may have to borrow parents’ PC. On the other hand, many teenagers in Japan have their own smartphone.

Interestingly, the results of people in their 20’s show that more than 50% of them do access the Internet from PC, while they also use smartphones quite frequently. 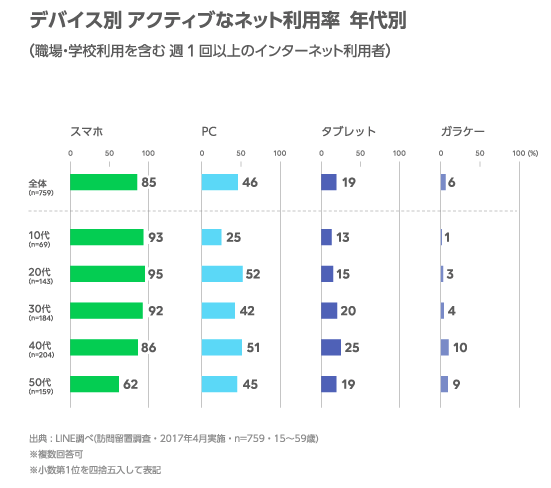 Another interesting finding is that the use of smartphones drops at the 50’s. This is probably due to the fact that the user experience becomes poor on smartphones with small fonts for older generations. I suspect that the number of smartphone users becomes even smaller among people in their 60’s and up.

Google is pushing the Mobile first indexing, but it doesn’t mean that you should only focus on the mobile site. The businesses need to understand their target audience behavior to reach and market to them effectively rather than to make the decisions based on the averaged data.