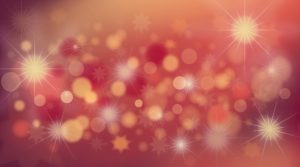 Every year, both Google Japan and Yahoo Japan announce the top Japanese search terms of the year. As always, the search terms reflect the popular trend and major events in culture, politics, life, etc., in Japan. Below, you find some of the top search terms made the list in 2017.

In the trending search category, a name of the broadcaster who died of cancer made the top. Mao Kobayashi wrote her battle with cancer on her blog, which was read by many in Japan.

North Korea was the number 2 on the trending search list. Japan was under the threat of missiles shut by North Korea many times this year.

The US President, Trump was the number 5 on the popular person’s list this year. For good or for bad, he was on many people’s conversations even in Japan.

Google also shows a list of top search terms related to Japan from the world searches. The top 5 are:

For the sweets group under the product category, “Jiichiro Baumkuchen” won the search award. After it was featured on the TV show, many people searched the store location, product information, how to purchase online, etc.

“Beauty and the beast” won the movie group under the culture category. It was a hit in Japan, and many searched about the story, casts, and the music played in the movie.

The grand prize went to Chiemi Blouson, who also took the awards for comedian group under the person. Her catchphrase, “3.5 billion men on the planet” also became one of the words of the year.